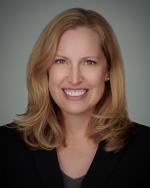 A veteran of the United States Air Force, Brooke served as an Assistant Staff Judge Advocate in Okinawa, Japan and at bases in North Carolina and Nevada. She later worked as a prosecutor for the Office of the Attorney General for the State of Nevada before moving to Connecticut. Brooke previously worked as an attorney in the Legislative Commissioners’ Office for the Connecticut General Assembly during the 2019 and 2021 legislative sessions. She received her BA in Journalism from the University of Massachusetts Amherst, and her JD from the University of Maryland School of Law in Baltimore.