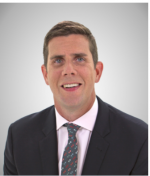 A partner at Powers, Griffin & Hill – one of the premiere lobbying firms in Connecticut – Kevin is engaged by the IAC as a Contract Lobbyist. Kevin is a public policy professional who utilizes his knowledge of the state’s legislative process to aid the IAC. Kevin previously served as the Field Director for U.S. Senator Murphy, where he managed a staff of organizers throughout Connecticut’s fifth congressional district. Kevin developed and maintained extensive contacts at the local, state and federal level as he coordinated the campaign’s efforts with local Democratic Town Committees, the State Democratic Party and the Democratic Congressional Campaign Committee.