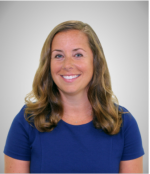 A partner at Powers, Griffin & Hill – one of the premiere lobbying firms in Connecticut – Nicole is engaged by the IAC as a Contract Lobbyist. As a former Deputy Legislative Director to the Office of the Governor of Connecticut and longtime lobbyist in private practice, Nicole has extensive contacts and relationships throughout both the legislative and executive branch. Her relationships with these key public officials are longstanding – based on friendships and trust that have developed over many years. Nicole frequently leverages her relationships with key legislators and others who work at the Capitol and in the executive branch on behalf of the IAC and its members.